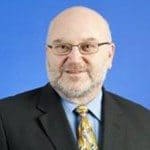 According to a report in the Wall Street Journal dated January 14, 2013, the United States Justice Department is considering joining a lawsuit reported to be initiated by former Armstrong teammate Floyd Landis under the Federal False Claims Act. The Federal False Claims Act allows an individual who has knowledge of individuals, organizations or groups engaging in fraud against the American government to file a claim against the offending party on behalf of the United States Government.

The False Claims Act provides that these whistle blowers could be entitled to up to 30% of any funds recovered on behalf of the Government.

According to the Wall Street Journal report, Mr. Landis’ lawsuit focuses on the contract between Lance Armstrong and his teammates and the United States Postal Service, the sponsor of that team. The contract signed by the cyclists with the Postal Service allegedly included a promise that the team members would refrain from using performance enhancing drugs.

It is now reported that Mr. Armstrong will admit on the Oprah Winfrey show that he did in fact use performance enhancing drugs during his cycling career.

It is reported that the Postal Service paid a total of $30.6 million to the cycling team’s management company to sponsor the team from 2001 to 2004. If it is determined that Armstrong or his teammates obtained that sponsorship money under the fraudulent claim that they were not and would not use performance enhancing drugs, team members could be liable for treble (3 times) the amount of the total paid to them under the contract. Therefore the total damages could exceed $90 million.

All whistle blower suits are kept under seal, and neither the Justice Department or Mr. Landis have publicly acknowledged the existence of the lawsuit. Therefore, we will have to wait and see whether the Wall Street Journal is indeed accurate.

However, given the potential for such a large pay day for Mr. Landis and the potential to reimburse tax payers for money paid to Mr. Armstrong, it would certainly make sense for both the Justice Department and Mr. Landis to pursue this action. In any event, this article serves as a reminder that the False Claims Act is a valuable tool to help the government recover money fraudulently obtained. The False Claims Act serves as a major deterrent to anyone who may be considering defrauding the government, and finally, provides an opportunity for anyone with knowledge of any fraudulent activities to blow the whistle and reap the benefits.