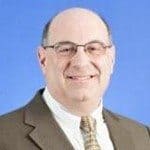 As a new school year begins, many parents in the region are unexpectedly finding themselves exhausted and overworked. They have been relentlessly raising money to restore or supplement sports, music and arts classes and programs that have been slashed by school districts struggling with tighter budgets. Parents from Monticello to Marlboro to Warwick have taken it upon themselves to organize, raise funds and get to work. Their creative efforts have included a “haircutathon” and using their own trucks and backhoes to build a football field. These efforts are ongoing, since a resolution to this budget crisis is nowhere in sight. This may well be a “new normal.”

As if the challenges of fundraising are not enough, the parents must also assure that their activities do not violate any applicable laws or expose them to unnecessary risks. Unfortunately these things can get complicated.

One important issue is, who is the donee? Who receives the donations? If the money was going directly to the public schools, that would be a tax-deductible charitable contribution because public schools are recognized as a type of charity. However, the way most of the fundraising activities are designed, the donor’s money does not go directly to the school, but to some committee or group of parents. The involvement of this intermediary creates issues. If the immediate donee is not recognized as a tax-exempt charity, the donation will not be deemed a tax-deductible charitable contribution, but a non-deductible gift. There are a few possible solutions to this problem.

One simpler solution is fiscal sponsorship, an arrangement where a group allies itself with an existing tax-exempt charitable organization and that organization collects the donations for the group. Since the organization is a tax-exempt charity, donors get the receipt they need for a tax-deductible charitable contribution. The down side is that the organization usually charges a fee for its services, anywhere from 5% to 15% or even 20%. Some groups also worry about not exercising total control over their funds. An important issue is that the charitable purposes of the sponsor must include education of children in the arts or athletics, as the case may be. A humane society, devoted to protecting animals, could not qualify as the sponsor.

A variation on fiscal sponsorship is where a group could become a committee or subsidiary of a friendly and cooperative existing tax-exempt charitable organization. Again, the charitable purposes of the organization must include education of children.

In all of these scenarios, there are many issues to be negotiated and settled such as handling of funds, control, term of the agreement, termination and more. Both accountants and attorneys should be consulted in structuring these relationships.