Copyright applies to “works of authorship” and gives authors the sole and exclusive right to reproduce, to publicly display or perform, to distribute, and to prepare new works which are based upon or derived from the original work. Generally, the duration of copyright is the life of the author plus 70 years.

Works of architecture are new to the world of copyright. The first U.S. copyright law was enacted in 1789. 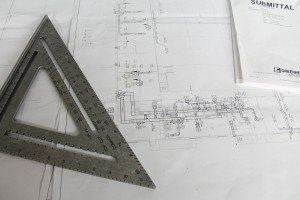 Works of architecture did not become eligible for copyright until 1990. Because of this, the precise extent of protection afforded to works of architecture is not always clear. There has been little experience and there are rather few cases to give guidance. However, there was an informative case decided last year in the United States Court for the Second Circuit, in New York. Zalewski vs. Cicero Builder Dev. Inc., 754 F.3rd 95 (2d Cir. 2014) established or confirmed important and interesting rules and guidelines. The case illustrates the difficulty many architects may have in trying to claim copyright in their work.

James Zalewski is a solo architect doing business as Draftics, Ltd. He claimed copyrights in his designs for colonial-style residential buildings, and licensed construction companies to build them. He brought copyright infringement litigation against several construction companies as well as other architects, builders, engineers, real estate agents, home buyers and others. His claim was that without his permission, these parties either modified his designs, or copied portions of his designs into their own designs. Mr. Zalewski lost his case at trial in the Northern District of New York. That court also ordered Zalewski to pay attorney’s fees and costs to the defendants. Zalewski appealed, which brought the case to the Second Circuit, a court that is highly regarded for its copyright jurisprudence.

The court began by citing the definition of “architectural work” for purposes of copyright. It includes “the overall form as well as the arrangement and composition of spaces and elements in the design, but does not include individual standard features.” Not protected by copyright are “[S]tandard configurations of spaces and individual standard features, such as windows, doors, and other staple building components, as well as functional elements whose design and placement is dictated by utilitarian concerns.”

So, in a typical home with a few bedrooms and bathrooms upstairs, and a kitchen, living area and laundry room downstairs, an architect looking to protect her work must show more than that common arrangement of spaces and standard elements. Those standard elements, without more, will not be protectable by copyright because there is not a sufficient original work of authorship.

Similarly, the court found that many of Zalewski’s design “choices” were really imposed upon him. Zoning laws dictated lot size and setbacks, well/septic/sanitary sewer, and similar matters. Room size and other elements are largely determined by consumer preferences and expectations. The court found all these elements to be not protectable by copyright.

In the end, the court found that Zalewski demonstrated very little original authorship in his designs. He made “no attempt to distinguish those aspects of his designs that were original to him from those that were dictated by the form in which he worked.” The court called his original contributions to the basic designs “light” and his copyright “very thin.” The court found that the defendants did not copy any of Zalewski’s original work of authorship.

In its analysis, the court also confirmed an important point about works of authorship that portray or depict useful articles. The Copyright Act defines “useful article” as follows:

A “useful article” is an article having an intrinsic utilitarian function that is not merely to portray the appearance of the article or to convey information.

So for example, a fine art painting has the sole purpose of portraying the image embodied in it. A book has the sole purpose of conveying the information contained in it. These works have no other utilitarian function. In contrast, architectural or engineering plans are created not merely to be looked at, but to serve a utilitarian function, namely, to direct and guide the actual construction of the building or bridge or mechanical device that is portrayed or depicted.

Copyright Act section 113(b) provides that while copyright prohibits the copying of protected plans, it does not prohibit the making, distribution, or display of the useful article that is portrayed or depicted in the plans. So in Zalewski, the home builders were not prohibited by copyright from erecting houses based on Zalewski’s plans. Architects, however, in drawing their own plans, would be prohibited by copyright from copying the protected elements of Zalewski’s plans (if there were any, but the court found there were none). Public domain and unprotected elements could be copied.

It should be noted that while copyright will not help architects, or engineers, to exert control over the construction of their designs, such control might be achieved through properly drafted contracts.