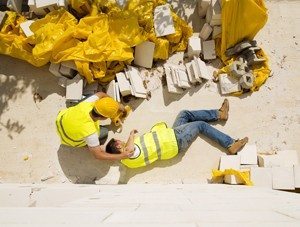 New York has been and continues to be a place where bigger and taller is best. To construct our tall buildings, for more than a century brave workers have had to work at heights. For just as long, there has been a fear of workers falling or having something fall on them. For those reasons, there are provisions of the State Labor Law to protect workers who must work at heights or who are employed in construction and related trades where something might fall on him or her. This article will discuss the law and its impact on workers.

The primary purpose of these laws, as stated by New York’s highest court, is to provide for the health and safety of employees. These protections extend to someone who was hired to work on a building or structure. Labor Law §240 addresses the case where a worker was injured during the erection, demolition, repairing, altering or painting of a building or structure. Proper protection, such as safe and secure ladders, hoists, slings, ropes, scaffolds “…and other devices” must be provided by the property owner, contractors and their agents. These incidents are usually gravity-related, involving either a worker who fell or an instance where something fell on the worker. A related statute, Labor Law §241[6], protects workers who are doing inherently dangerous work in construction, excavation or demolition.

So, do these protections apply to anyone? In a recent case, the injured party/plaintiff fell from the roof of a house while in the process of cutting and removing a 50-60 foot tree that had fallen on the house during Hurricane Irene. The defendant, who owned the investment property, had hired the plaintiff. The court noted that what the injured plaintiff was doing, that is to say, tree cutting and removal, were not activities subject to Labor Law §240. However, what the plaintiff was doing here was ancillary, in other words, was part and parcel of the process of undertaking structural repairs to the building and therefore within the protections afforded by §240. Moreira v. Ponzo, 131 AD2d 1025.

These very same laws also apply to rehabilitation of the NYC subway. In Sarata v. MTA, decided December 30, 2015, the court had the following facts. The injured plaintiff worked for Fox who was hired by the MTA to rehabilitate a portion of an elevated line in Brooklyn. The plaintiff was injured when he was standing on the ground. A piece of concrete hit a cross-beam, flew through the air and struck the plaintiff causing head, brain and spinal cord injuries.

The Court, as discussed above, noted that §240 applies to both falling worker and falling object cases. In a falling object case, the injured worker must prove that the object fell because of the absence or inadequacy of a safety device of the kind listed in §240. In the Sarata case, the court ruled that his attorneys had made such a demonstration and he was awarded judgment.

There is one glaring exception to these statutes. Labor Law § 240(1) and § 241(6) do not apply to ‘owners of one and two-family dwellings who contract for but do not direct or control the work’ of the person that they hire (Snyder v. Gnall, 57 AD3d 1289, 1290 [2008], quoting Bartoo v. Buell, 87 N.Y.2d 362, 367 [1996] ). Put another way, it was the intention of the Legislature in Albany to protect homeowners from the harsh consequences of strict liability under the provisions of the Labor Law. The Legislature also recognized that the typical homeowner is no better situated than the hired worker to furnish appropriate safety devices and to procure suitable insurance protection.

These two statutes have been cited thousands of times, with just as many different facts, by the appellate courts in New York. If you have been injured during the course of construction either by falling from a height or having something fall on you, a thorough investigation of your set of facts may be beneficial.