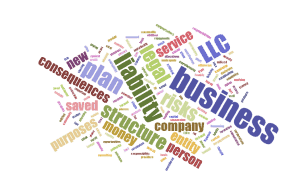 Nothing Stays the Same

A historical safe harbor has been doing business using a corporate or limited liability entity.  Officers and employees were protected against claims for their actions as long as they were acting within the scope of their authority in the performance of activities on behalf of the company.  Another safe harbor was the requirement that the corporate actor have an intentional state of mind before criminal liability could be assessed.  (There are exceptions to these rules, but they have been the exceptions.)

In a recent case of USA vs. DeCoster, the stormy seas of liability and risk for corporate officers crashed into the formerly safe harbors. Two executives were charged after a salmonella outbreak in 2010. Tens of thousands were sickened by the contaminated food. In this case, the safe harbor failed and the defendants were held criminally liable.

The outbreak of salmonella was traced back to eggs produced by Iowa-based Quality Egg. Conditions were found that constituted a violation of Federal Food, Drug and Cosmetic Act.  Two corporate officers (a father and son who were the principals) were charged with and convicted of criminal activity and sentenced to three months in jail and probation.

Traditionally, the exceptions that allowed imposing liability on corporate officers have been in the failure to properly withhold or pay trust fund taxes (i.e., Medicare, Social Security), failing to pay wages of employees, and the intentional commission of criminal or other wrongful acts.  There has also been some movement toward liability with regard to hazardous or contaminated environmental conditions.  However, even those required actual conduct or intentional decision.  The salmonella case required neither.

The number of criminal laws that make conduct per se criminal without regard to mens rea or intentional conduct or activity are the distinct minority.  The salmonella case makes conduct criminal regardless of the defendant’s knowledge or state of mind under a “responsible corporate officer” doctrine.  The government was not required to prove the officers had actual knowledge of the wrongdoing.

Under these new circumstances, as corporate officers chart their course through stormy seas, they should make sure they have the protection of  indemnification agreements, hold harmless protections, and legal defense obligations built into their entity documents and agreements.