Are IRAS Protected from Creditors?

As an estate planner and elder law attorney I have discovered that an Individual Retirement Account (“IRA”) is often one of my client’s largest retirement assets. If you own an IRA are you concerned whether your creditors can take away your IRA to pay your bills? Here are some useful facts about protection of your IRA in bankruptcy and beyond.

If you owe money to the US Treasury for unpaid taxes, interest or penalties, the IRS can levy your IRA. However, the IRS will levy other types of accounts first before going after your IRA. If your IRA is levied, it will be taxable to you. You will receive a some tax relief, however, if you are under age 59 ½. There is an exception to the 10% early distribution penalty for distributions due to IRS levies.

If you inherit an IRA such inherited IRA funds will not be protected in bankruptcy under federal law. In 2014 in a 9 to 0 opinion the U.S. Supreme Court in Clark v. Rameker held that inherited IRAs are not pension funds within the meaning of federal bankruptcy law. This means they are therefore available to satisfy creditors’ claims. The case settled the issue for purposes of federal bankruptcy law by holding that retirement funds lose their character after the death of the original owner and become merely inherited assets which are not permitted any special protection under the Bankruptcy Code.

Are IRAs protected outside of bankruptcy? For example, is your IRA protected from creditors who have an unpaid judgement from unpaid credit cards? Although there is no general creditor protection for IRAs under federal law, general creditor protection for IRAs is determined at the state level and can vary substantially from state-to-state. In New York State, for example, IRA accounts are usually exempt from collection by New York judgment creditors. 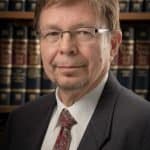