Do-It-Yourself Wills:  Don’t Do It

Attorneys frequently urge people to make a Will because we have personally seen the extremely unpleasant and expensive consequences that usually arise when people die without having made a Will.

Some people may be tempted to make their own Wills. This frequently leads to the same unpleasant and expensive consequences because there are numerous technical requirements to making a valid Will.

Generally, only experienced practitioners are familiar with these requirements. A do-it-yourself Will may not be valid and will be ignored.

Moreover, it may cause a great deal of delay and expense that could have been avoided.

Here is one story of such a will.

A person I knew for many years made his own Will, probably by taking bits and pieces found on the Internet and cobbling them together. The first page paragraph was typical, naming an executor, and then a backup executor. If the first person appointed was unable or unwilling to serve.

The second paragraph, which we refer to as the dispositive provision, stated “I direct that after payment of all my just debts, my property be bequeathed in the matter on pages 3 through 6.” Then the document was signed and witnessed. After that came pages 3 through 6. That was a fatal mistake. The law requires a Will to be signed at the end.[1] Any written material found after the signature to be given no effect.[2] Therefore, the dispositive provisions of this Will were of no effect.

Pages 3 through 6 contained a number of problems. Nearly the entire first page was devoted to how to take care of his two cats. There were detailed descriptions of their temperaments, likes and dislikes, kind of food they liked, and their favorite pillows and blankets. Various veterinarians and clinics were named. This is not the kind of material that belongs in a Will. It could go into a separate letter saved in the same envelope as the Will. In a Will, you should simply say who you want to take care of the cats. You could also create a pet trust, setting aside a certain amount of money to be held in trust for the benefit of the pet. You would need to designate a trustee and a successor trustee in case the first trustee becomes unable or unwilling to serve.

Most serious error in the dispositive pages was the date, which was more than 10 years after the date that the Will had been signed. This is fatal. The law states that any material added to a Will after its execution is not to be given effect.[3] So, for another reason, the dispositive provisions of this Will were of no effect.

There was no indication that person signing the Will (the “testator”) did so in the presence of witnesses, as required by law.[4]

There is no indication whether the testator declared that the instrument to which his signature has been affixed was his Will, as required by law.[5]

There is no indication that the testator asked the witnesses to sign the Will, as required by EPTL §3-2.1(a)(4).

One of the witnesses was also the notary public in the Will, so it appears she took the acknowledgment of her own signature, which is not permitted.

The worst, however, was the 23 paragraphs worth of dispositions of property. In one sentence he named 27 people who were invited to come and take at least one of his paintings, first come, first serve. If anything was left over, they were to go to a designated charity. This created two significant problems.

First, every person named in the Will had to be served with a notice that the Will was being offered for probate. Each person would have the opportunity to examine the Will and, if they chose, file objections. This meant that the estate had to find these 27 people and send them a certified letter. It took more than nine months to find all these people. It took hours of attorney and paralegal time and added much expense. And of course, virtually all of the people contacted just ignored it and did not want to painting. This was not a good way to dispose of property.

The second problem was that when a charity is named as a beneficiary, and the bequest is indefinite, the Attorney General must be notified and may decide to appear in the proceeding in order to protect the interests of the charity. In this case, bequest was indefinite because the bequest was the leftovers if the other beneficiaries did not take all of the available artwork.[6] In contrast, a definite bequest would be a specified amount of money, or a specified piece of property, such as an automobile. In our case, because of the low value of the property, the Attorney General did not choose to appear. But it could have gone otherwise, further increasing the work required and therefore the cost.

This estate presented other challenges outside the Will. The funeral home prepared a death certificate indicating that decedent resided in New Jersey. This was based on erroneous information received from a relative. The funeral home said it would change the residence if given proof of voter registration in Orange County. Unfortunately the decedent had never registered to vote. It turned out to be very difficult to have this corrected. Should you find yourself in this situation, be sure to proofread the death certificate very carefully and have any corrections made right away.

The end of this particular story is still in the future. After more than 2 years and considerable expense we can see the end in sight, but there is still work to do to close this estate.

If you decide to make a Will, good for you, you are doing right by your family. But be sure to do it right, and don’t do it yourself.

[6] Although I found much of the artwork interesting or charming, the testator had never sold a single piece during his lifetime and thus they had no more than nominal value. 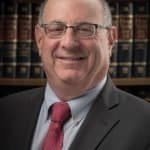