Things to Know Before Filing for Divorce in New York State

The divorce rate in New York State is among the lowest in the country. However, many people still end their marriages 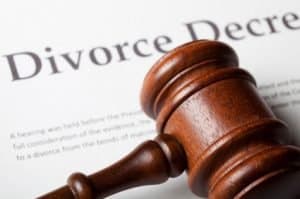 for various reasons. It is one of the most difficult decisions one can make in life, and divorce can be physically, financially, and emotionally draining. Before filing for divorce in New York, it’s important to get acquainted with the state’s divorce process and legal requirements. Below are some of the things to know before filing for divorce.

A court in New York can only listen to a divorce case if:

Anyone filing for divorce in New York State must have a legitimate reason, known as “grounds”. There are seven grounds for divorce in New York, including imprisonment of a spouse, irretrievable breakdown of the marriage, cruel and inhuman treatment, abandonment, and adultery. Almost all divorces, however, are now commenced on the grounds of Irretrievable Breakdown for six (6) months or more, which is New York’s version of a no-fault divorce.

When filing for a divorce, it is important to know that the law says marital property shall be fairly shared. While the court can use the 50/50 rule in the division of marital property, there are some cases when a different proportion may apply.

Only the Supreme Court can grant a divorce in New York State. To file a divorce, a Summons and Complaint are filed with the County Clerk within the County in which one or both spouses reside. The Family Court handles other issues related to child custody, Orders of protection, and child support.

An uncontested divorce is one where a couple agrees on all terms. In those instances, a couple can use a divorce lawyer to draft an agreement, fill out the required divorce application forms, and send the forms to the court for filing.

A contested divorce arises when a couple cannot agree on all of the terms and needs a Judge to help make the ultimate decision.

In either instance, couples can also elect to go through mediation or a collaborative divorce.

The divorce process in New York State is complex, and you should consult with a lawyer. This applies both for contested and uncontested divorces, to ensure all necessary elements are adequately addressed.

The Cost of Filing a Divorce

The cost of filing the Summons and Complaint to commence the divorce is $210.00, which is payable to the County Clerk. The cost of an attorney to prepare a Separation Agreement and a complete set of divorce papers can start at over a thousand dollars with complex contested cases costing significantly more.

Filing for a divorce in New York State is a convoluted process, and you need all the support you can get during this period. At the law office of Jacobowitz & Gubits, LLP, we have a highly experienced team of attorneys, paralegals, and support staff handling all family law issues, including divorce, separation, and custody disputes. Contact our firm today for a consultation.