A New YIMBYs (Yes In My Backyard) Perspective on Housing

Recently, the New York Times published a very interesting and informative article by Conor Dougherty chronicling the efforts of a group of people in California to reexamine some of the common assumptions related to the need for dense residential developments in our communities.  Mr. Dougherty concluded that many of our society’s problems can be traced directly back to the lack of housing.   In the article, he states:

“Nearly all of the biggest challenges in America are, at some level, a housing a problem. Rising home costs are a major driver of segregation, inequality, racial and generational wealth gaps. You can’t talk about education or the shrinking middle class without talking about how much it costs to live near good schools and high paying jobs. Transportation accounts for about a third of the nation’s carbon dioxide emissions, so there’s no serious plans for climate change that don’t begin with a conversation about how to alter the urban landscapes so that people can live closer to work.”

For those of us living and working in the Hudson Valley, the debate on the best way to provide necessary housing opportunities hits very close to home.

As described in the NYT article, the YIMBY movement is gaining steam not only in California but throughout the nation. President Obama retweeted the article, and commented on the importance of this issue.  Regardless of which side of the debate you find yourself, the points raised by Mr. Dougherty and the YIMBY movement warrant discussion and consideration among our local officials and planning departments.

There are many non-profit groups in the Hudson Valley that have been working to address housing issues for a long time, including RUPCO and RECAP, as well as Hudson Valley Pattern For Progress, which is non-profit policy, planning, advocacy, and research organization which provides information and analysis related to housing issues.

P.S. I invite you to read not only the article below but also Mr. Dougherty’s book entitled “Golden Gates: Fighting For Housing in America” that came out this week.

This is not intended to be legal advice.  You should contact an attorney for questions regarding your specific situation. 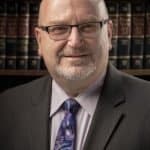