ANOTHER  BUZZKILL:  THE  ENERGY  IMPACT  OF  MARIJUANA  LEGISLATION  IN  NYS

Even as Governor Hochul pushes to restart the stalled marijuana legalization momentum in New York State, there’s yet another roadblock to tackle: the growing concern over the environmental impacts of the budding cannabis industry.

Tied primarily to indoor facilities, grow lights, fans, and irrigation systems used to grow and process cannabis consume lots of electricity. According to Politico  nationally 80% of cannabis is cultivated indoors; such indoor setups can consume up to 2,000 watts of electricity per square meter, 40 times what it takes for leafy greens like lettuce grown indoors. In New York, where the growing season is mercurial and shorter than many other states, it is anticipated that most cannabis farms will take their growing indoors to take advantage of the steady climate that artificial light, watering, and heating and cooling systems can provide.

What does the addition of this energy-hungry sector into the State’s existing economy mean for the State’s lofty energy goals? As a reminder, the Climate Leadership and Community Protection Act of 2019 (CLCPA) mandates that New York “decarbonize” by reducing greenhouse gas emissions to 40% below 1990 levels by 2030 and 85% by 2052. In addition, Section 64 of the Marijuana Regulation and Taxation Act (MRTA) lists several climate-related selection criteria that the Cannabis Control Board will have to consider in determining whether to grant a license to an applicant. Both the CLCPA and MRTA therefore are implicitly requiring that all cannabis operations focus on creating a “carbon-friendly” license application to have a leg up on the competition. This is especially important for potential applicants for an adult-use cultivator or processor license, as the MRTA includes additional requirements for those licenses, including demonstrating compliance with the state’s energy standards under the CLCPA.

It is clear that while applications are stalled for the near future, potential would-be licensees should be working on their applications and general business plans now to assure their proposed operation will be conducted with minimal climate impacts, especially those impacts attributable to energy consumption, as those applications will have an advantage in the upcoming licensing rounds.

This is not intended to be legal advice.  You should contact an attorney to discuss your specific situation. 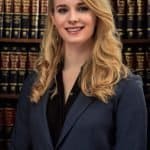 Marissa G. Weiss is an Associate with the firm and practices Environmental Law, Land Use and Municipal Law.