RUSSIA, UKRAINE, AND CONVERGING FORCES – A GUIDE TO THE INCREASED PRICE OF FUEL AND OTHER GOODS

Ever since Russia began its invasion of Ukraine on February 24, 2022, ordinary citizens in Ukraine and abroad have felt the effects of this crisis.  The United States’ economy was already in an inflationary state due to COVID and the restrictions that came with this pandemic.  The United States’ economy has reacted to Russia’s invasion of Ukraine, compounding this pre-existing economic worry.  Most notably, gas prices have increased to an all-time high, even beyond prices in 2008, with little relief in sight as those prices continue to hold.  Residents of the Hudson Valley have surely taken note of these trends and may wonder why.  A variety of factors have combined to pinch the purses of households across the region and the country.

In an effort to bring Russia to the bargaining table, the United States and its allies have enacted or extended various sanctions programs.  Russian oil imports account for less than 4% of the United States’ oil consumption, and purchasing Russian oil and natural gas remains lawful in the U.S.  However, on February 26, 2022, the Biden Administration along with the European Commission, several individual European countries, the United Kingdom, and Canada joined together to sanction certain Russian banks and remove them from the SWIFT system, an essential international network for submitting, receiving, and processing financial transactions.  Most notably targeted are Russian state-backed banks, such as Sberbank and VTB.  This move, in turn, has made it difficult for certain countries that rely heavily on Russian oil to transact with Russian banks.  These countries have turned to other nations that provide oil and gas in an effort to avoid Russian oil imports.  This has made the pool of countries that can provide gas and oil even smaller, driving up prices and making the global market for gas and oil more competitive.

Just as prices for regular gas at the pump have increased in recent weeks, so too have prices for diesel for many of same reasons.  Increased diesel costs have increased the cost of consumer goods.  Most large trucks that transport goods rely on diesel.  Almost all goods that reach consumers throughout the U.S. have been transported by large trucks at some point during shipment and transfer to points of sale.  This has meant higher business costs for suppliers, who then pass on the cost to buyers.  Prices per barrel of crude oil fluctuated throughout March of this year depending on the situation in Ukraine, including continued or worsening fighting, and the initiation of negotiations between Russia and Ukraine, which many hope will lead to a ceasefire.

Recent days have shown a willingness on behalf of the Biden Administration to ease oil prices domestically.  On March 31, 2022, President Biden authorized the release of up to 1 million barrels of oil a day from the United States’ strategic petroleum reserves.  This will occur for the next six months and the administration hopes it will offset the increased costs that Americans are experiencing at the pump.  This comes along with a request from the President for U.S. oil producers to ramp up production to meet gas demands at home.  Despite the President’s request that oil-producing foreign nations increase their output, most have declined to increase their output beyond pre-set limits.

Russia is a large-scale exporter of commodities such as wheat and lumber.  It also exports essential metals used in the production of everyday materials such as nickel, palladium, aluminum, and titanium.  In response to the war in Ukraine, the European Union placed trade restrictions on Russian steel and iron.  In anticipation of Russia’s difficulty in continuing to export these commodities, the prices on global commodity markets have increased.  Actual or expected supply chain disruptions are believed to have an effect on the price and availability of new and used cars, as manufacturers of semiconductors (i.e., computer chips) are dependent on metals such as the ones listed above to make their product.  Through the signing of an Administrative Order on March 15, 2022 President Biden further limited the importation of certain Russian goods, including Russian-origin fish, seafood, alcoholic beverages, and non-industrial diamonds.

This is not intended to be legal advise.  You should contact your attorney to discuss your specific situation. 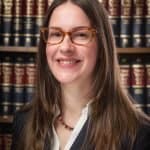